Does OS X even monitor power usage? Do I need to use an external reader between the power cord and the outlet? I sense the answer for that is "no". I know, it probably is just a wet dream, but a watt meter on board would be ideal for the computer to shout: "Look how eco-friendly I am; using just these watts! Kerri Shotts ' suggested iStat Menus 3 do get the wattage readings from some sensor , along with volt and amp stats. So the meters are there, but how I could access them programmatically?

Will be given for solid command-line sensor reading solution or for recommending exceptionally good 3 rd party software like one with statistical and historical data tools at minimum. It does state "sensors", but they might be calculated as msanford commented. How can I get my hands on that data programmatically?

It also reports Wattage, but that's actually a piece of metadata reported by Apple's power adapter, third-party power adapters can show blanks here. Since desktops do not have rechargeable batteries, there's no way to calculate power consumption by measuring charging and discharging of battery. But wait, there's still hope! Unfortunately, I cannot come up with a working script right now, but it seems possible. This doesn't satisfy the command-line requirements, but give a try to iStat Menus 3.

All that said, my machine is a iMac, so depending on your machine, it may or may not work.


In addition, I don't see power readings specifically for the HDD which should be minimal , or anything specific to the display that said, reducing LCD brightness reduces the wattage quite a bit, so it is counted in total. Worth a try at least. IIRC there is a free version, but it was so worth it that I went ahead and paid for it. I'm a bit of a control freak, so I have memory, temperature, disk activity, network activity, etc.

There is a paid application called Hardware Monitor that provides access to pretty much every sensor available on a mac including voltage, current and wattage which I believe you are looking for. It does include a command line utility to read this information. It includes the ability to output the sensor values to a CSV which can be helpful for logging and visual display of the data. I'm not sure if it does PSU readings as I don't have the app on the machine I'm on atm but it hits pci, slots, cpu and lots of other. I'm not associated with this company at all, just found the tool to be very useful in my diagnostics arsenal.

The best solution is to connect your Mac to a device like a Kill-a-Watt. If you're looking for a scriptable solution - and an interesting project - here are instructions on creating a wireless wattage monitoring system, or a " Tweet-a-Watt ". All of the data in iStat is just from keys in the ioregistry. You can pull a dump of it from the command line using ioreg:. That is going to be a lot of data to look through, you can carve it up in various ways. I do not believe the actual data you want is provided on iMac, the system monitors temperature in a number of places, but since it does not run on a battery it is less important to know the instantaneous current being pulled by the system, and thus probably not worth the cost of a sensor.

The logic board measures temperature in several places to control the blowers and the CPU monitors temp to reduce clock rate when it becomes warmer than the blowers can cool it. I suppose some PHD thesis might be done on integrating the fan speed and various temperature sensors to calculate an expected power consumption. It's possible to get a calculation and with some calibration, it might even be pretty accurate.

In reality since that data isn't exposed or recorded, you might have to measure externally. You could rent or buy a unit that measures the power through the outlet and then run some test to see how much power the mac takes over an hour in certain conditions. Then you could correlate these with CPU usage monitoring that is trivial over time using top and be able to add things up.

It all depends on what you really want to do with the data other than learn how the hardware works and have some cool graphs. It calculates the wattage using the given voltage and amperes. Why not look outside on the power meter? Then you can get a approximation. Here's an ioreg command that prints most of the power information without 'grep'. Sign up to join this community. The best answers are voted up and rise to the top.

Viewed 36k times. Macs are very eco friendly and the testing of a unit is done by Apple as well as labs with calibrated test rigs. It's the Mac Ach. There are going to be strong feelings about discussing a perfect computing platform long since abandoned by the mothership. Think of it as a classic car if it helps. Looks cool. Sucks on mileages.

How the new Mac Pro will save me $2, in energy costs - Scoring Notes

No great handling but a joy to behold, to drive for the nostalgia and to tinker with. I decommissioned a beer fridge today to help ease the incoming burdon posed by antiquated CPU architectures. I was kinda riffing about the Mac Pro in general top spec model , the one you are running is even worse.

It's laughably slow, it really isn't worth it anymore other than for the fun of it, which i do understand.


But for me it's not old enough for that retro vibe. Aye, that's why I ended up with a dual 1. I've still got my Quad Power Mac G5, but it can't boot Mac OS 9 natively and is too large to fit under my current desk comfortably, and My son is on a 4,1 that's been flashed to 5,1? It's gotten to the point where it probably needs to be replaced with an iMac. But damn, never thought I'd get 10 years out of a computer.

Those Mac Pros were are beasts! I'm still using a dual quad-core as my main machine. I've upgraded the video card, RAM, and hard drive. It just chugs along. But I think it's about time to replace it with an iMac and external case for the spinning hard drives that I use for media and documents. Enjoy fixing it up! Looks like a nice case mod project to take the guts out of that Fugly nMP and put them in a cheese grater. From what I read at the time I was trying to have it addressed and when the issue was plaguing me the most , I had come to understand this issue to be endemic with other Mac Pros.

I can't offer any substantive advice with respects to your 3,1, but perhaps the PSU might warrant some attention, if not now in the future. I'm away from my Mac Pro at the moment, so I'm straining my memory to recall how exactly I "modified" it. I do not remember how much RAM I have at my disposal currently as I haven't committed those upgrades to memory. I wish you the best and would recommend you do take your Mac Pro apart annually to remove the dust it excels at accumulating.

A small update: I had a few hours to tinker this morning before the day got hectic and made some findings. The GTX that I received today had been improperly flashed and the seller killed the card. I made a similar but sadly hypothetical thread when I noticed how cheap the 1,1 and 2,1 models were getting. I don't know that I was even interested in plugging it in.

I just wanted to own a system with incredible build quality. Everyone would be gutting them and building gaming PCs inside lol. It's strange how Apple can seemingly neglect power users for so long, and yet remain more or less peerless in PC design and construction. Good luck! Looking forward to those photos.

Thanks megabat, it has turned into a fun project computer. 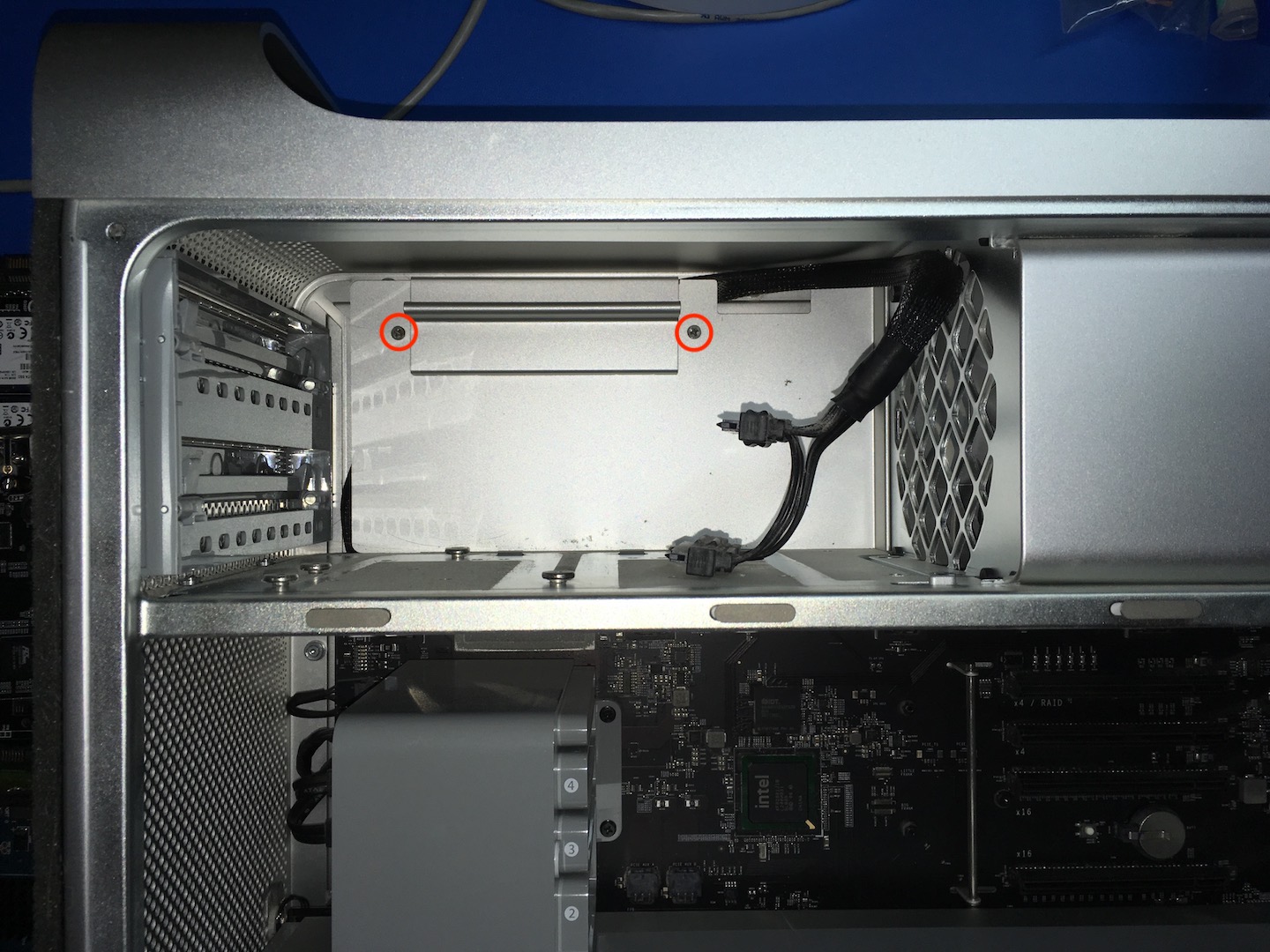 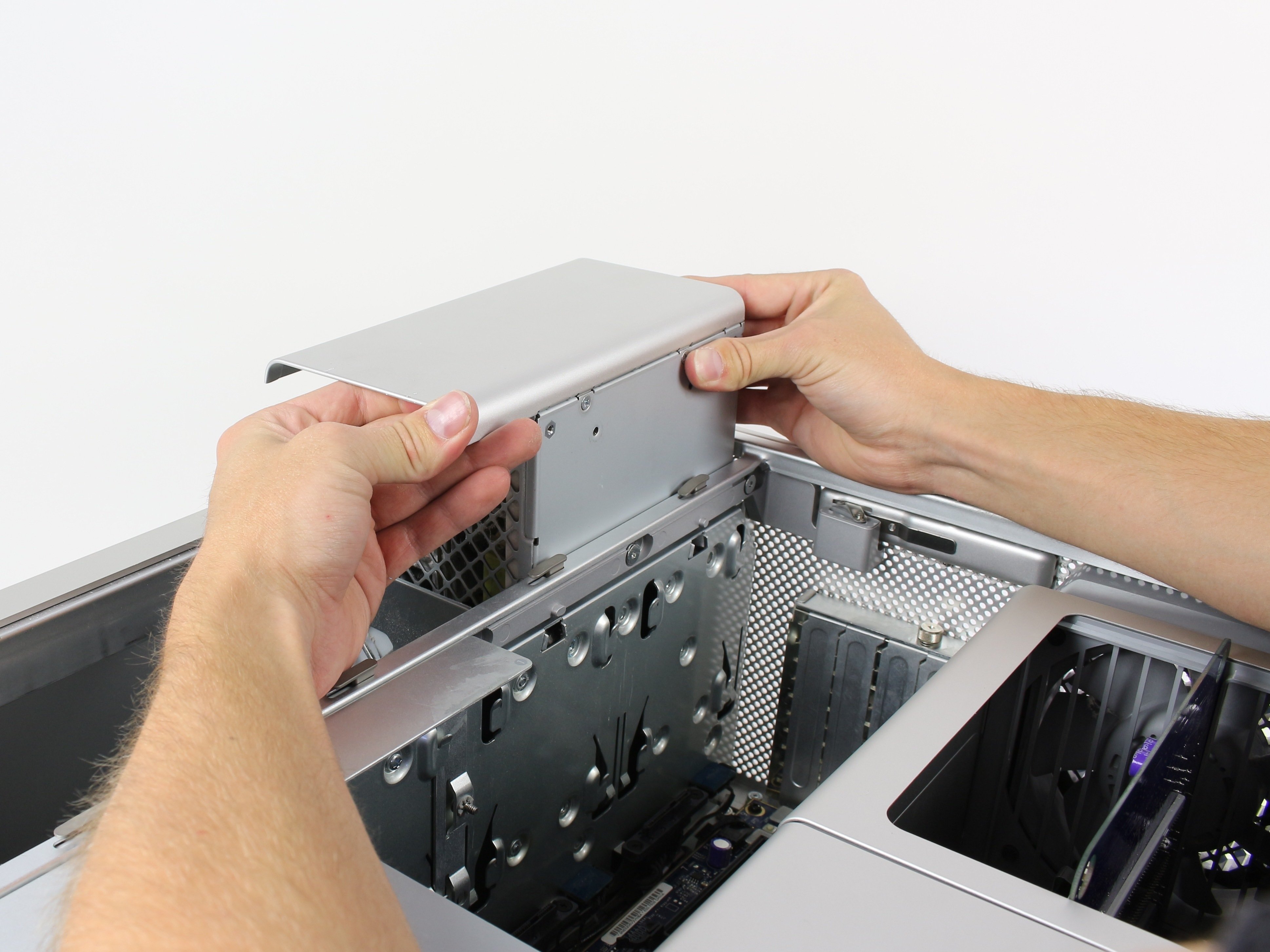 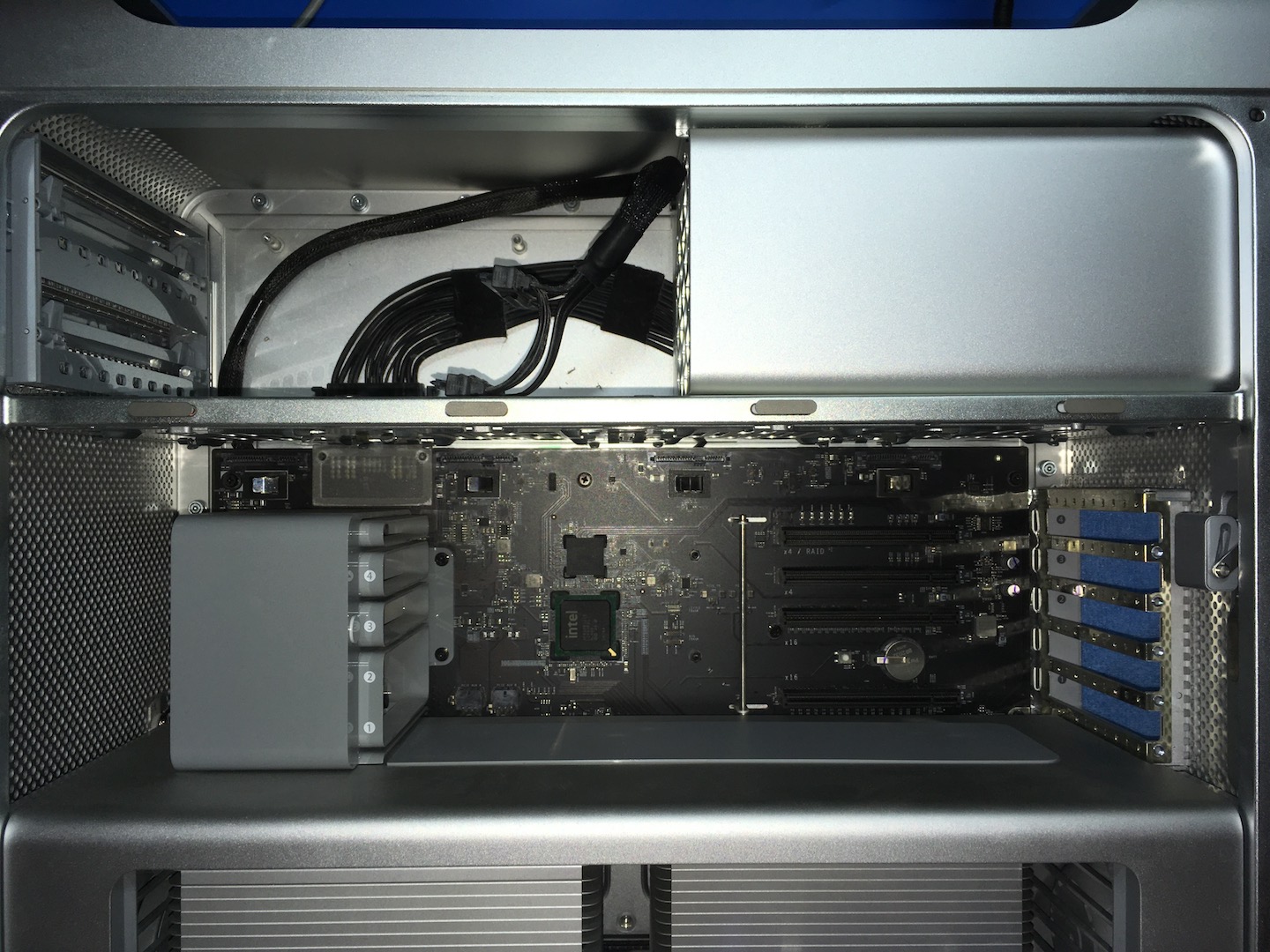